The idea is to be the lone survivor of 100 players jumping from a plane to an island. The current Kanaliiga tournament is played in four-player squad format and the winner is the last team standing. Teams receive points according to their match rank (the winner will be awarded 500 points and the last team gets 0 points) plus 15 points for every frag the team gets.

Thanks to Efecte's flexible working hours, practicing in Efecte Gaming Club has been easy. Efecte Gaming Club’s PUBG team started practicing in the beginning of October. The team trained a few times per week, and the last practice before the qualifier went well. The team recorded two wins and three top tens in 11 games on the qualifier eve. The team was excited about the quick improvements of team play. “We had a lot of issues with communication and time management when we started playing together. But during the last training, we just started playing as a team and everything started going our way.”

In PUBG - as in daily business - those indeed are the key elements of success. No team can achieve anything great without good communication and team play. One of Efecte Gaming Club’s key aspects is to get personnel spending more time together, thereby improving the team spirit. With being awarded the Great Place to Work certification, too, Efecte has truly proven to be a workplace where such things are valued.

Efecte Gaming Club played at the first qualifier of Kanaliiga Squads #2 tournament. The objective for the team was to secure a place in the final by playing smart and avoiding unnecessary risks. "The first map was pretty successful for us because we managed to reach rank #2 with a couple of nice headshots and takeovers." commented slayviper. BadgeriX followed up with: "The highlight of the 1st game was Juketsi's accidental exit from our Dacia at full speed.”

Indeed, the first 15 minutes of the first game was quite chaotic for Efecte, but players managed to pick themselves up and secured second place in that first game. “We had some hectic moments at the start as this was the first eSports game for some of our players. Nevertheless, we managed to capitalize it to a great result at the end” said sntr-.

The second and the third maps were more survival for Efecte. Efecte got 11th place on the second round and 8th on the third round. The loot was mediocre and the great team play from the first map wasn’t present, leading to more unorganized in-game decisions. “We had a bit passive approach in the latter two games that resulted in too cautious gameplay” commented Juketsi. Other players felt the same and slayviper added: “Latter maps did not go as we intended but we learned a lot about other teams and their game styles.”

Efecte ended up to the 6th place, thereby securing access to the final. “Qualifier was just the first step for us. We continue our training and boost our performance with new tactics”, said slayviper. “We’ll try to be more active and try to win conflicts instead of avoiding them” added Juketsi. Sntr- added: “We watched the replays with slayviper and tried to list our weaknesses. We are surely going to improve our gameplay for the final”. Indeed, prestige is given for the winner of the final and Efecte will be there, ready to fight for it!

Regardless of the result of the coming final, Efecte Gaming Club will be participating in other eSports tournaments as well. EGC’s CS:GO team has started practicing and PUBG team will continue playing together.

We are wishing the best of luck to our Efecte team in the finals! 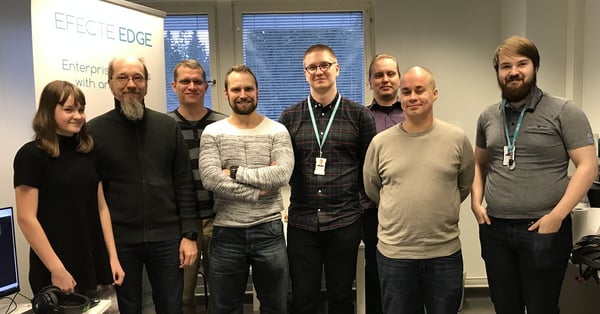 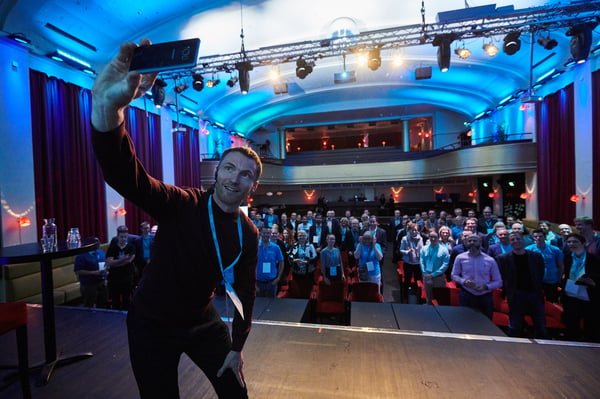