AI: the 4th Generation of Process Automation in ITSM (Part 2)

Over the next few days we will be publishing a series of short articles written by our VP of Products, Peter Schneider. This is Part 2 of the series, we will be adding links to the bottom of the page as the other parts are released.

Machine-learning is increasingly applied for predictive maintenance in order to estimate from historic records of similar equipment in similar conditions when a failure is likely to occur. Current machine learning algorithms applied for IT equipment such as infrastructure elements and workstations are still of trivial nature using a limited set of input sensors, however improvements in IoT enable better learning mechanism with a wider measurement of external factors over the next years to come.

Artificial Intelligence can also be used to protect enterprise data and prevent identity theft. Already few months of historical data will be enough to profile typical behavior of users. Once unusual behavior is recognized, corrective measures can be triggered.

Every human being has some routines that one follows at the workplace. While some people might have a high degree of doing things always in the same order, at the same time, and from the same location, other’s behavior might be less regular. But even that can be measured over time and used to identify that the user is likely to be the one she or he claims to be.

There are two major applications in user behavior profiling for ITSM tools:

AI-enriched user profiling applies machine learning algorithms to identity during the sign-on procedure to the ITSM tool whether time, location, device, and browser are representative of the typical behavioral score of a user. A support person might typically sign-in from a fixed workstation from the location of the office around 08.00 in the morning. Now, if that same user signs in with another device from another location at 03.00 in the night, something might be wrong. The multi-factor authentication might prevent access to the ITSM tool until the morning, notify the 24/7 service desk, or enforce a two-factor authentication based on the user’s mobile phone. Because the profiling is dynamic and continuous learning, it will learn if the behavior changes due to changes in the user’s lifestyle, job change, or relocation. A positive event such a successful two-factor authentication might trigger that the ITSM learns a new pattern for the user.

Even more powerful is identity theft recognition based on ITSM tool usage pattern. This method is harder to imitate, however also more complicated to implement because it needs to have access to all actions of the user in the recent past. In the same way that ITSM tools will be able to predict the next action the user is likely to take they will also be able to recognize when users display unusual pattern for some time. Let’s assume an administrator typically creates new reports and modifies the attributes of the solution during daytime. Let’s further assume the same user is starting to delete large amounts of data during night time. The system might recognize such a change in behavior and starts taking measures to prevent damage by temporarily restricting access rights or creating automatically a security incident.

While profiling is generally a sensitive topic to many users of software applications, especially due to privacy as well due to illegal performance measurement concerns, under the umbrella of enterprise security using anonymized data, it is likely that we will see more and more implementations of such functionality in the next decade.

We will also be hosting a webinar on Tuesday the 27th of November, where Peter will be discussing the topic of AI with one of our key partners, ultimate.ai. You can find out more about the webinar and register from the link below.

Other articles in this series Check out our blogs in other languages, you will find posts that are relevant to your country.

Efecte: your partner for digital transformations »

Implementing a digital transformation or digitalizing your services can prove more difficult than it might seem. There is an... 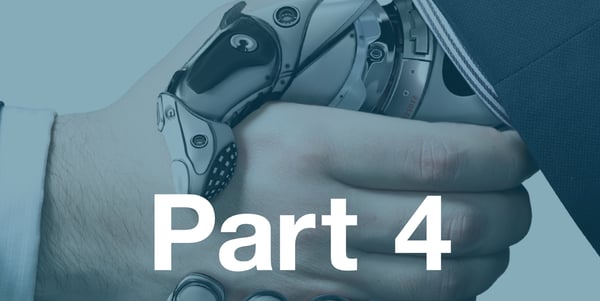 AI: the 4th Generation of Process Automation in ITSM (Part 4) »

Over the past few days we have been publishing a series of short articles written by our VP of Products, Peter Schneider, t... 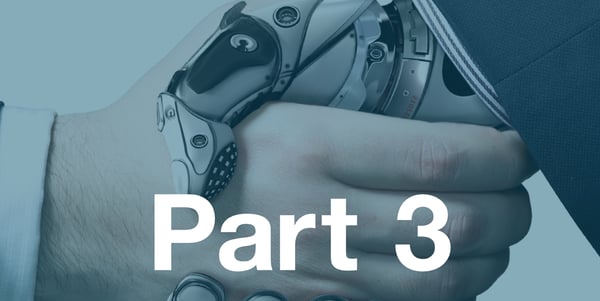 AI: the 4th Generation of Process Automation in ITSM (Part 3) »

Over the next few days we will be publishing a series of short articles written by our VP of Products, Peter Schneider. This...